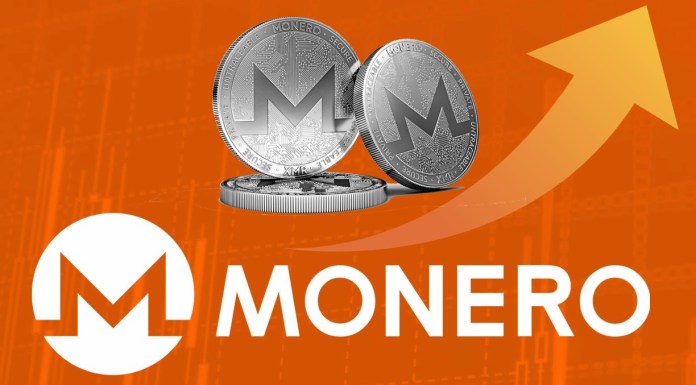 2017 is quickly turning into the year of the cryptocurrency. Bitcoin’s value skyrocketed to $3,500 at one point, nearly double the price of an ounce of gold.
Just as surprising, new additions to the crypto scene, like Ethereum and Zcash, have also burst onto the spotlight, helping bring the total worth of all cryptocurrencies in circulation to over $100 billion.

Even with all this said, the long-term outlook for the cryptocurrency industry is still a bit blurry, especially when new better crypto tokens are popping up each week.
No one can tell you how to invest your money, but we can recommend you a few low-risk, high-reward altcoins we see as being highly undervalued.

Technically speaking, these two cryptocurrencies operate totally different, but they were created to basically address the same problem: anonymous transactions.
While Bitcoin is often lumped in with money laundering and other criminal activities, the truth is that Bitcoin’s blockchain is fairly transparent. Bitcoin logs each transaction and allows anyone to go in and see exactly how Bitcoins are moved. Bitcoin does allow for a certain degree of anonymity, though, but its protocol is nowhere near perfect.

This is where Monero and Zcash step in. Their blockchain protocols are very different technically speaking, with the primary difference being that Zcash’s blockchain is partially viewable to the public while Monero’s protocol moves towards complete anonymity.

So, which of the two tokens is better? The jury is still out, as Zcash has yet to reach complete development and Monero is also still in its infancy, but all-in-all, these two cryptocurrencies are sure to stand at the forefront in the fight for privacy, making it an appealing investment to some.

Sure, some people will want to take advantage of anonymous blockchain technology for nefarious purposes, but many want it for its legitimate usefulness. After all, would you really want anyone with access knowing how much you spend on pop-culture action figures? Probably not.

These two tokens are smart investments simply because the demand for privacy-focused blockchain ventures will not go away anytime soon.

Factom, formerly known as Notary Chain, is another great cryptocurrency to invest in due to its expected rapidly expanding growth.

So, what makes Factom unique? Factom essentially allows companies to create immutable databases that can provide them with a variety of advantages.

Factom stores its information in their own blockchain, where users’ information is then hashed and placed into the Bitcoin blockchain for additional security. The Factom development team is also working to hash their users’ data into the Ethereum and other popular blockchain networks for extra layers of security.

Additionally, Factom recently acquired contracts with about 20 ‘smart cities’ in China that will allow its companies to access the immutable databases. Factom’s databases and network will allow corporations and governments to make their data more secure and streamlined.

The current market cap for Factom is huge, and currently stands at over $151 million with a single Factom token coming with a $17.36 price tag.

MaidSafeCoin is like a few other cryptocurrencies in the cloud storage space. MaidSafe has been operating for over 10 years.

Like the other coins in this space, MaidSafe uses a decentralized database backed by blockchain technology to store its users’ files and data. So, rather than uploading personal and business files to large centralized corporate databases like Dropbox or Google Drive, MaidSafeCoin encrypts the information and uploads it to their decentralized cloud server.

This means no one with malicious intent would be able to snoop or tamper with files without cracking into the entire network. The blockchain is 100% secure and does not rely on any physical storage space.

Like others in this area, MaidSafe has the potential to disrupt the entire cloud storage industry. The main difference between MaidSafe and the other altcoins is their lengthy 10-year track record, making them a slightly safer investment.

BasicAttentionToken (BAT) was founded by the creator of JavaScript, as well as the co-founder of Mozilla Firefox. BAT is also backed by the likes of Propel Venture Partners, Pantera Capital, Danhua Capital, Huiyin Blockchain Venture, and more.

The goal of the BAT project is to radically change the way we see and interact with online advertising. Basic Attention Token runs on a decentralized and transparent advertisement exchange, all of which is based on the Ethereum blockchain network.

How does it work? To begin, users must install the Brave web browser, which is a fast, open source browser that places an emphasis on user privacy. The Brave browser will then begin randomly and anonymously monitoring its user’s attention and mental engagement when they come across an advertisement.

When a user shows mental engagement and that they’re actually paying attention to the ads they’re seeing, they are rewarded with BasicAttentionTokens. These digital tokens can be used for premium content and services within the Brave browser, and can also be exchange for different crypto coins.

Apart from paying the users in BAT’s, advertisers will deliver the bulk of the earned tokens to publishers, who will be compensated for how much attention their site visitors give to the advertisements placed on their website. This also eliminates the need for middlemen and drastically reduces fraud.

BasicAttentionTokens and the Brave browser present win-win situations for every player involved in the ad industry. Advertisers receive superior engagement with their content, allowing them to target their audience better and achieve a higher ROI. Users are rewarded for their time, with their personal information protected through the use of the ANONIZE algorithm. And because users are rewarded for their participation, ad publishers are bound to see a dramatic increase in revenue.

The current market cap for BAT is $187 million, with each token currently valued at $0.18.