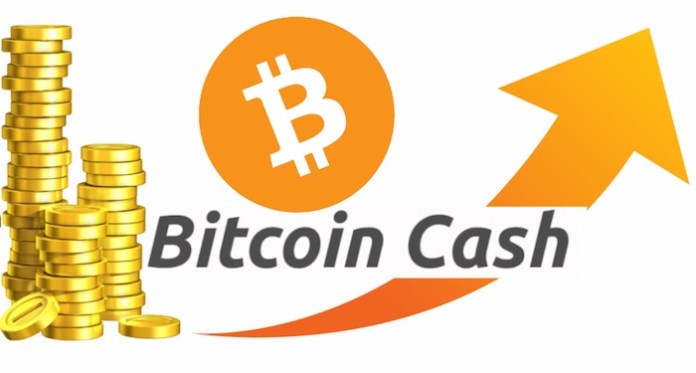 Both of these exchanges have made headlines in the last 24 hours because they have announced they will accept Bitcoin Cash, (BCC), a hard fork of the original cryptocurrency Bitcoin (BTC). It comes after a week of downward trend for the BCC users as no one was allowing their trade on their boards. There wasn’t just enough liquidity for the new fork to launch itself in the market due to no one showing willingness to accept BCC.

BCC is a very curious little thing. Everyone who has owned bitcoin before August 1 has an equal number of BCC automatically generated for them on the blockchain fork but there didn’t seem to be much enthusiasm about the coin.

Many pointed out that the success of the fork is tied to lowering prices of the bitcoin itself. They argue that BCC cannot just survive without taking a piece of the bitcoin cake. But, the future is never certain people. Maybe the bitcoin price will get even higher because of the fork as the future of the extension of the bitcoin was in a bit of quandry because in bitcoin’s lifetime only a certain amount of coins can be mined on the blockchain.

So, as it all becomes artificially bottle-necked and difficult, forks are a very natural reaction to this. Some exchanges went against it while others are willing to accept it and trade it but the release of the Bitcoin Cash was marred in limitations. Some, didn’t like the new currency and considered it a scam.

Big names like Coindesk have held up the process and even disallowed the current bitcoin users in their arsenal to get access to Bitcoin Cash. The users were understandably annoyed as they thought bitcoin cash was free money for them. But, sooner or later, the BCC is expected to be traded at all big trading exchanges.

The price of the BCC is around a healthy $400 mark but there isn’t enough trading or liquidity on the new fork to give an accurate worth in the market right now. Don’t be alarmed if the price decreases drastically because thats what happened with the Ethereum hard fork which is only priced around $5-10 at the moment.

A decreasing price will also mean that the trading circles have rejected the fork as an equal of the bitcoin itself and that is likely going to happen. But, a competitive price range of around $200-300 might be enough to kickstart the new currency.

So, there is some opportunity for the currency exchanges to make some money engaging traders to trade in the new coin without affecting the bitcoin much. Other currencies’ hard forks have failed but this is bitcoin we are talking about. It defines the very industry so exchanges are optimistic and cautious at the same time to not rattle the price, which many already consider overinflated.

Kraken and Bittrex have become one of the first altcoin exchanges to come forward with an idea to accept Bitcoin Cash. This prompt acceptance has had former bitcoin users race to get new BCC for themselves and get free money but it is not that simple as that.

Both Bittrex and Kraken are cautious and may not allow full trading of the currency as it will likely quash its chances to succeed. What we see here is a way to generate interest in the BCC and then give limited liquidity in the market for BCC and then see where things go from there. Until now, there is no exchange offering unlimited BCC withdrawals and funding. That is still a thing that will happen in the future but for now, the BCC is in limbo.

Bitcoin (BTC) price sharply increased after the fork happened and it now sits at a pretty $3100 mark. It is because there hasn’t been enough liquidity in BCC to cause any problems for BTC demand and supply. But, have no doubts in your mind that it will happen.