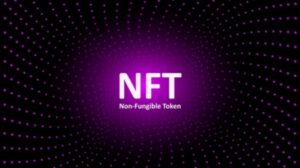 After purchasing an NFT from Beeple for just $969 with the mind of earning double the amount as a return in two years, the worth of the Non-fungible Token is now $300,000.

A joint founder of the cannabis company THC design based in Los Angeles, Edward Fairchild, has announced that the purchase of a Non-Fungible Token from a renowned artist, Beeple he “stumbled” into has risen in value rapidly since for about 30,000% after the purchase in December.

Sharing his story in an article published on March 14, he cited that though he was an ardent fan of the Beeple, he lacked the knowledge of the advent of NFTs and also the faith that someone would be interested in collecting tokenized art upon purchase.

All for passion and few gain

Edward then spoke about how he stumbled on a video from Beeple – the NFT acclaimed artist when he was scrolling through his Instagram feed about that time; he purchased the art in December last year. He went against all this skepticism to purchase Beeple’s 2020 collection that caught his attention which features the works that converged Physical art with NFTs.

The artwork Edward Fairchild purchased for $969 is The Infected Culture, and one of the three artworks is showed as a looped animated gif from a screen if viewed in an ornamental display box. Accompanying this artwork is a certificate of authenticity and a sample of hair taken from Beeple.

While Fairchild, about the artwork, speculates that he will make a 100% profit but little did he know that the market of the non-fungible token will bloom as such to make over 30,000% gain.