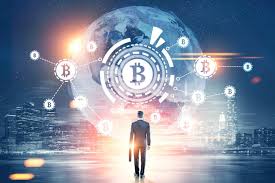 Right after the major cryptocurrency exchange BitMEX was sued by the United States Commodity Futures Trading Commission (CFTC) on Thursday, it released a statement saying that it denies all these charges put against them by the United States federal agency. The company has decided to fight against these charges. The trading platform will continue to operate, it said in the announcement.

The Seychelles-based digital currency exchange has released a statement in response to “reports of the U.S. Commodity Futures Trading Commission and Department of Justice’s decision to file charges against HDR Global Trading Limited and related parties.” BitMEX called this decision of the United States government “heavy-handed” and said that it does not agree with these charges pressed by the CFTC. The company has said that it will vigorously defend these allegations and will fight against them. BitMEX said:

“We strongly disagree with the U.S. government’s heavy-handed decision to bring these charges, and intend to defend the allegations vigorously. From our early days as a start-up, we have always sought to comply with applicable U.S. laws, as those laws were understood at the time and based on available guidance.”

BitMEX platform continues to operate and Funds are safe

In the meantime, the cryptocurrency exchange continues to operate its trading platform and says that all of the funds are safe and secure. “To allay any potential customer concerns, pending withdrawal requests were processed at 17:45 UTC, in line with our standard procedures. We will process another off-cycle withdrawal at 08:00 UTC, 02 Oct 2020, and then 13:00 UTC, as usual,” it added.

BitMEX owners and operators including the CEO of the exchange Arthur Hayes, Samuel Reed, and Ben Delo are facing charges and civil enforcement action has been filed against them in the U.S. District Court for the Southern District of New York. CFTC said that they have violated some regulations and were operating illegally an unregistered trading platform.

However, this incident has affected very badly the largest cryptocurrency of the world by market cap Bitcoin (BTC) whose price value has plummeted down to $10,450 level. The leading digital coin still continues to plunge down. At the time of writing, it is trading down -3.49% in 24 hours.