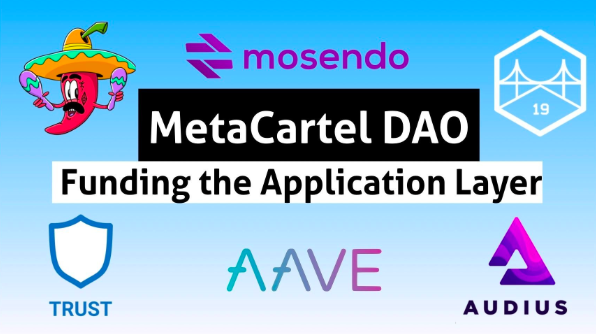 MetaCartal, the project hosted on the MolochDAO, backed by Ethereum Foundation, is making a lot of progress from the past six months. MetaCartal has made its mark at the top in terms of investment grants, and proved to be a good project.  Peter Yuan Pan, the founder of the MolochDAO’s fork, is setting out the plan for the future. ‘’Real game plan’’ is needed to move ahead, says Pan.

The project, founded by Pan in the last summer, has shown enormous potential. In the first wave, they distributed almost $7,450 in the form of grants. The most stunning news is that the grant amount, in the past six months, has reached the figure of $60,000.

‘’It’s not surprising in hindsight,” he said. “But [I’m] very proud of how far it has come. [I definitely] didn’t imagine it like this,’’ says Pan.

According to the funding data, the maximum grants went to Odyssy and Kickback: former build a mobile app for DAO while the latter strives to get more audience.

As the ecosystem expands to a wider level, now, the project is backing the 20 different dApps: DeFiZap, rDAI, Sablier, and DeFiZap are included in the list of dApps.

The members’ community behinds Pan’s experimental project is very ambitious and interactive. Now, it is comprised of 60 members who are in touch with each other via members-only chat room.

The procedure to get the membership is very easy to follow as one can become the member by giving only ten Ether coins. The second way to become the participant is to do something for the DAO.

Out of the total $60k amount, $10,000 is given to the rDai. Similarly, other grants are also allocated for the given tasks.

‘’It was a no brainer to look at the next challenges and realize that they didn’t have enough resources to get to a 1.0 mainnet launch. So that’s one of the larger grants that we did.’’

Pan asked the community to buy the $MAGIC tokens and in return, he is the pledge to do something for them. Means, when a user buys the Pan’s token, he buys the time of Peter Yuan Pan. As he said, ‘’ it’s really an options contract for my time. You get to buy my time at this time for x price.’’

🌙 The spell has been cast, the initial time offering is live.

🐐 Buy my time and order me at your wish.