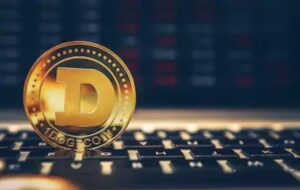 Dogecoin (DOGE), the world’s favourite and most expensive ‘joke’ cryptocurrency, has managed to make headlines once again as the altcoin will now be available on Coinbase Pro. Coinbase Pro had made it known that it is going to accept the inbound transfers of DOGE following an announcement on the matter made yesterday on June 1st 2021. Trading is scheduled to begin at approximately 04:00 P.M UTC tomorrow on the 3rd of June, provided that the amount of liquidity is satisfactory.

As of this moment, DOGE is trading at $0.36, which is an 11.1% increase since yesterday and a 5.9% increase within the past week. It is also currently ranked as the 6th biggest cryptocurrency in the world in terms of market capitalization. Many are expecting the price to increase following the listing on Coinbase.

DOGE’s current price might not seem like much at first glance. However, it is nevertheless indicative of the most significant upward movement for any cryptocurrency within the top 100. On the other hand, both Bitcoin (BTC), as well as Ethereum (ETH) are currently experiencing dips in price.

Needless to say, Dogecoin had initially been formed as a joke by its creators. However, Tesla CEO and billionaire Elon Musk liked it so much that he, alongside fellow billionaire Mark Cuban, provided crucial support for the altcoin, which ultimately culminated in the price skyrocketing. It is not uncommon now to hear stories about DOGE holders becoming millionaires seemingly overnight, as the price had managed to reach new heights to just about $0.75 fairly recently.

While DOGE is already listed on numerous exchanges, it had been via Robinhood’s mobile app that the altcoin first experienced a substantial gain in prominence. Furthermore, Tyler and Cameron Winklevoss had added DOGE to their own exchange, Gemini, back towards the beginning of May as well.

The listing of the cryptocurrency on Coinbase, however, is of the utmost importance because Coinbase is one of the most popular and widely-used crypto exchanges in the world. In fact, it has been considered to be the best exchange currently open for cryptocurrency traders within the United States. It had also managed to position itself in the top 5 in terms of the daily trading volume. As such, it is expected that DOGE’s value and the price will increase once the altcoin is successfully listed.

Also, while DOGE will be made available for trading via Coinbase Pro, it has yet to be added to the standard Coinbase app.