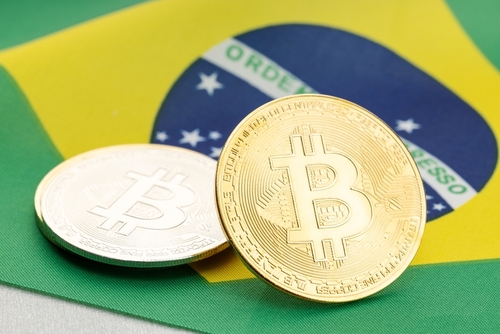 The Brazilian government passed a bill on Thursday in a fresh push to make Bitcoin and other crypto assets legal in the country. Following President Jair Bolsonaro’s approval of the new bill on December 22, Brazil has become the latest to adopt Bitcoin for payment.

According to the Brazilian government’s official journal, the new bill recognizes digital assets as a representation of value that can be electronically transferred and used for payment of services and as investments.

However, the new rule means that Brazil has legalized cryptocurrency as payment and does not imply that Bitcoin is a legal tender. It is worth noting that the first sign of the regulatory approval came toward the end of 2021 after the House of Representatives voted on the proposed crypto bill.

Meanwhile, the two federal government agencies, the Central Bank of Brazil (BCB) and the Brazilian Securities and Exchange Commission (CVM), are to oversee the country’s crypto market.

Moreover, there needed to be an official confirmation of the role to be undertaken by each of the two regulatory bodies. The BCB, from all indications, will be charged with overseeing cryptocurrency payments, while the CVM will take care of the investment aspect of cryptocurrency.

According to a local news outlet, the new law will debut in the next 180 days, likely by June 2023. With the current president stepping down on December 31, the new president will take charge of affairs by January 1.

The new guideline will establish a regulatory framework other countries can use to draft their digital asset rules. Even though global leaders have spent considerable time preparing bills to regulate crypto trading, more success has yet to be recorded.

Most of the regulatory policies come with market control intending to protect users from the prowl of scammers looking to take advantage of unsuspecting investors.

The industry has seen massive scams over the years as various illicit trading activities have been targeted at asset holders leading to the loss of millions of dollars worth of crypto tokens.

The Latin American region is among the fastest-growing crypto hubs in the world and is fast becoming a destination for digital assets investments.

However, the reason behind the high crypto adoption is that more than 60% of residents of this region do not have a bank account. Besides, political instability coupled with economic chaos, a stagnant banking system, and a weakened local currency has created a demand for digital currency for transactions.

Most Latin Americans embrace cryptocurrency to protect the value of their funds amid surging inflation, and authorities see digital assets as a threat to the financial stability of their countries. On the other hand, criminal entities are increasingly using crypto assets to move their proceeds of crimes.

As Latin America continues to view cryptocurrency positively, others like the United States, Japan, and the UK are divided on the use of digital currency.